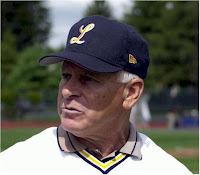 WILLIAMSPORT, Pa.—It’s been said from time to time that Lycoming College’s head football coach Frank Girardi is “the Joe Paterno of Division III football.” And there are definitely similarities. Both coaches are of Italian descent, both are affable and both are intensely passionate about football. Both are situated near the top of the NCAA’s all-time victories list (Paterno is 3rd, Girardi 14th). Both have led a single program over decades to remarkable success. And both reside amid the rolling hills of central Pennsylvania, just an hour apart. Even their team uniforms nearly match, with just a yellow-gold accent distinguishing Lycoming. But, even though the comparison is surely a compliment, to pigeonhole Frank Girardi is to overlook a distinctive legacy and the uniqueness of Division III football.


In 36 years at Lycoming, Girardi has amassed a record of 257-97-5 (.726). Only thirteen college football coaches, regardless of division, have ever won more games. Among active coaches, he ranks fifth, just two places behind Paterno. Girardi has led his Warriors to 13 Middle Atlantic Conference championships and 11 NCAA Playoff appearances. In 1990 and 1997 his teams played for the Division III national championship in the Stagg Bowl. But it’s the spirit that Girardi instills in his players that transcends the football field. It’s a strength of character that his players carry into the rest of their lives.


The likelihood of Girardi’s Warriors reaching the NFL is miniscule. In the world of Division III football, “the pros” are something to watch on Sunday, not a realistic career option. In fact, many of Girardi’s players resemble their fellow students in size. Therefore, each athlete plays mainly for the love of the game and to get a solid education.


Much like Paterno, Girardi coaches his players to graduate as productive young adults. He wants them to be stalwarts of the community. Through football fundamentals, he hopes to teach his players how to prosper in life. Focus your body and mind, keep your head up, strive to be the best. Success is a derivative of hard work and dedication.

To be around “Coach G”, as most players refer to him, is to be inspired. He has a fatherly aura, combined with an indescribable energy that compels players to think, and act, like champions. Maybe that is why every four-year Lycoming player since 1975 has won at least one conference championship. And maybe that’s why former players and coaches return regularly to Williamsport to visit their mentor, who also happens to be their friend.


Current player Ryan Godec describes his first interaction with Girardi. “When I met Coach G, one of the first things he said to me was ‘I’m not worried about your size, because you play with heart.’ He was the only coach who said that to me and I liked how he recognized that. Then I saw the players interact and saw how close everyone is. There aren’t any "cliques" here. Coach teaches us to be a strong unit.”


In the final game of 2005, Girardi became one of only five active coaches to reached 250 career wins. That milestone victory came in fittingly dramatic fashion. After a 1-4 start to the season, the Warriors put together four straight victories leading up to their season-ending showdown with rival Susquehanna University. With not only history, but a winning season on the line, Lycoming took the game into overtime on a last-minute field goal. Girardi’s squad then scored on its first overtime possession and held Susquehanna on downs to preserve the milestone win.


Some longtime fans called it Girardi’s finest coaching performance. With so many illustrious campaigns to choose from, it’s hard to say. With the win, Girardi passed coaching legend Lou Holtz (249) on the all-time list. In 2007, Girardi eclipsed Division I coaching legend Tom Osbourne’s win total (255) and then tied BYU’s LaVell Edwards (257) for 14th place on the list of winningest coaches.

As legendary figures go, “Coach G” has all of the elements. He has etched out a nationally-respected, winning tradition in the town where he was raised. He has guided thousands of players into adulthood, including several of his own children and grandchildren. He is a member of three halls of fame, including the Pennsylvania State Sports Hall of Fame, and he has been named MAC Coach of the Year 12 times. In 1984, Coach Girardi also became Lycoming’s Director of Athletics. And through it all, he continues to instill passion in the hearts of hundreds of young athletes each year.


In the world of Division III football, the name Frank Girardi is synonymous with class and success both on and off of the football field. His legend stands alone, but admittedly it draws comparison to another distinguished coach, one who works just an hour down the road. Just don’t be surprised if you hear someone refer to Joe Paterno as “the Frank Girardi of Division I football.”

Email ThisBlogThis!Share to TwitterShare to FacebookShare to Pinterest
Labels: What Friends Say, Year 2007